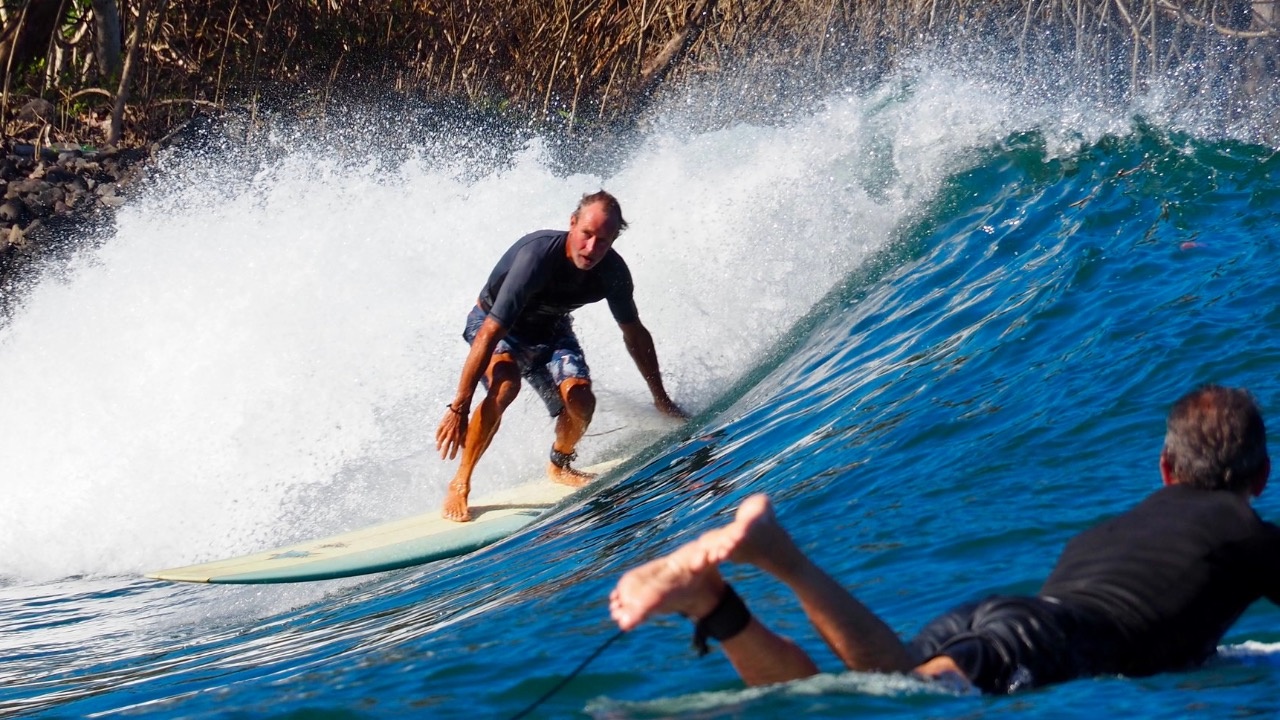 After sailing 2500 miles to find warmth and waves, it was time to break out the toys.

There’s something about taking the slow boat that improves one’s sense of geography immeasurably. Did you know Mexico is the 13th largest country in the world? There are literally 3500 miles of coastline on the Pacific side alone. You could squeeze Turkey, France, Italy, the UK, Denmark, Djibouti, Kuwait, Jamaica, Barbados, Tonga, Singapore, and Liechtenstein inside Mexico’s borders and still have room for a half dozen Monacos.

Lucky us! Between the shimmering sea, the palm tree-lined beaches and the tacos, we can absolutely understand why so many people reach Mexico in a sailboat and never leave.

So far, our favorite stretch has been the coast of Nayarit, home to some of the world’s finest surf breaks. Granted, prime surf season is also hurricane season, which is not when you want to be here in a sailboat. But if one is patient, even in the off-season, the swell kicks up and short dinghy rides can take you to epic waves. Colin was patient. Colin got some of the best rides of his life. 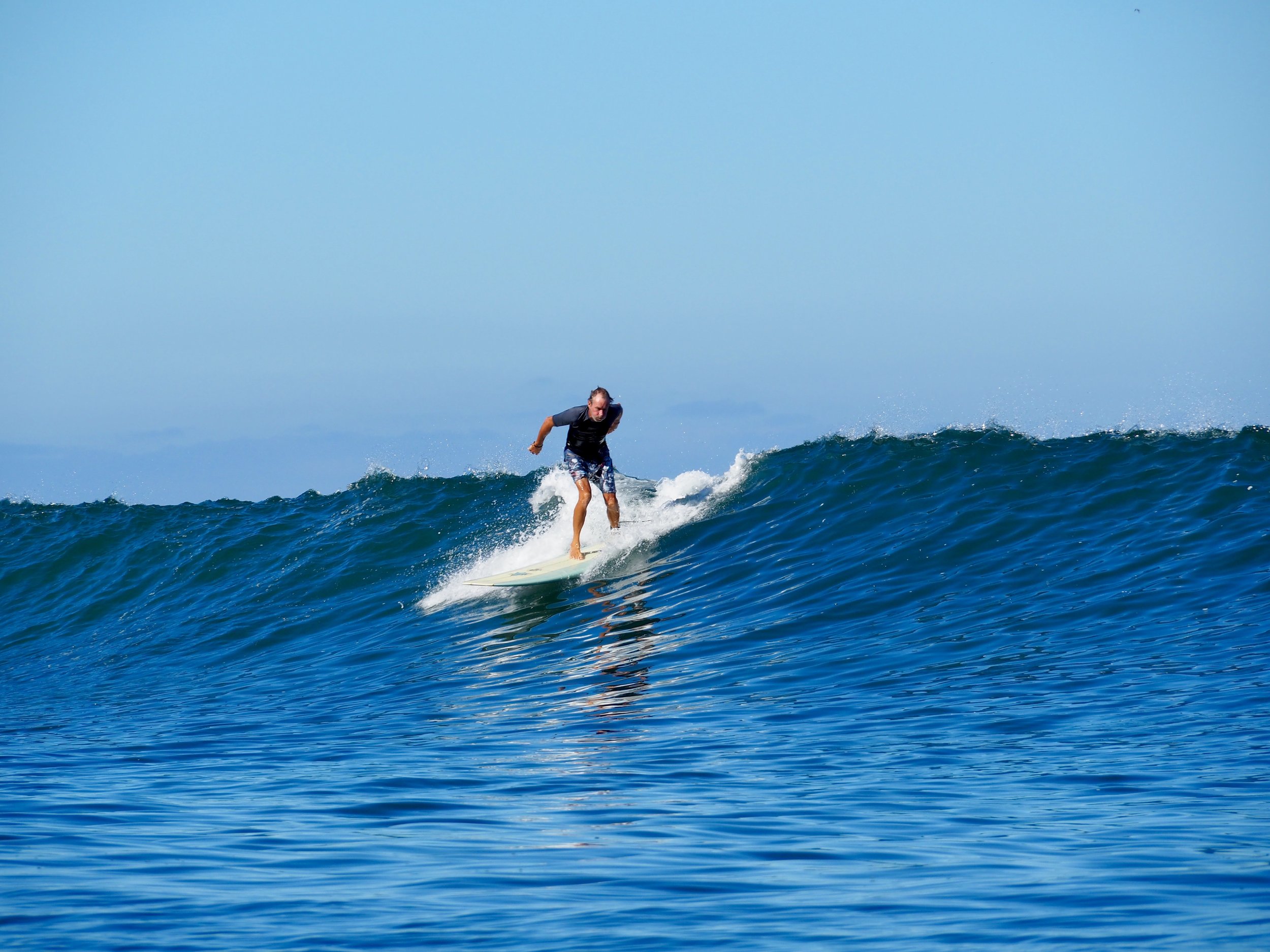 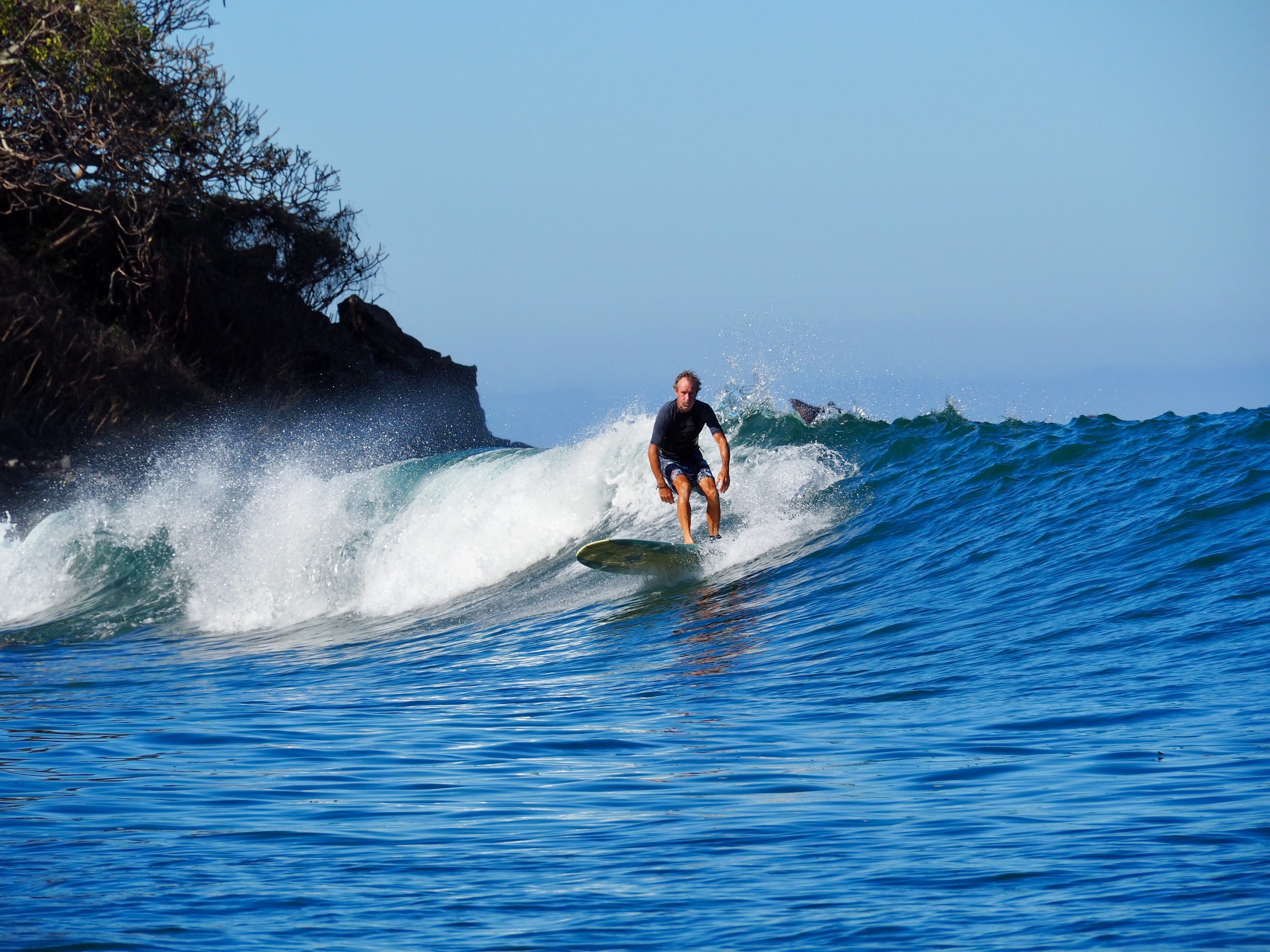 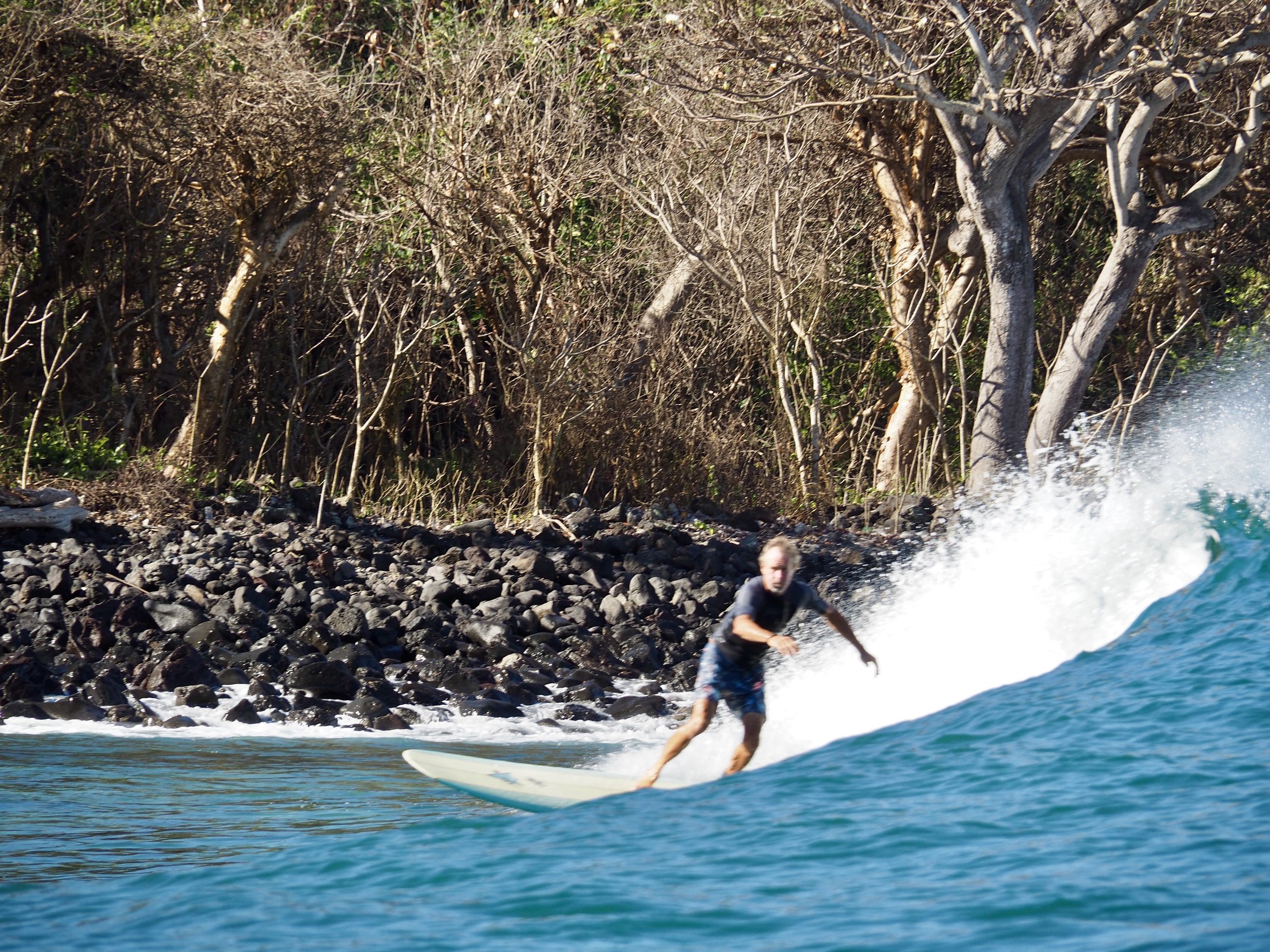 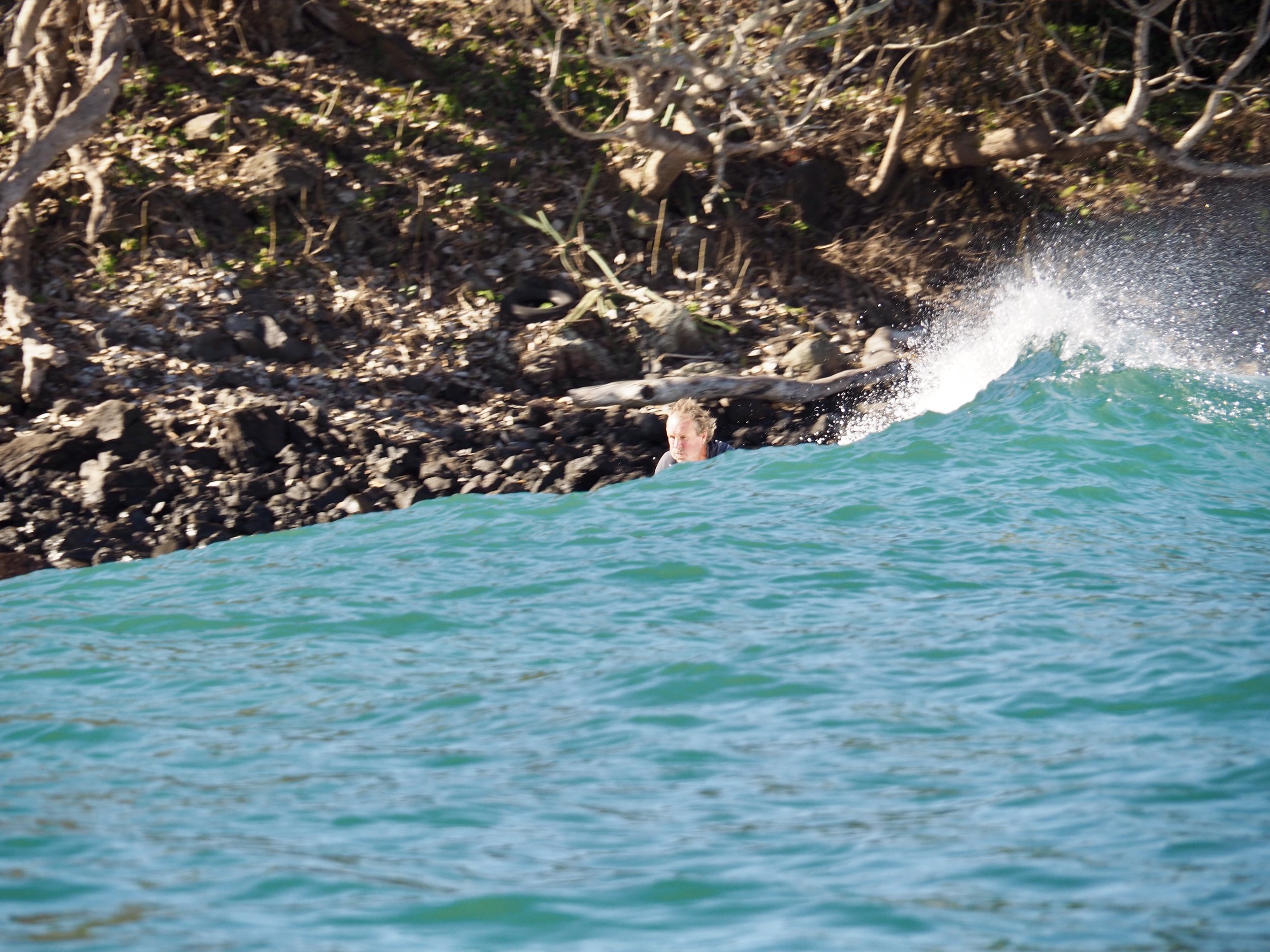 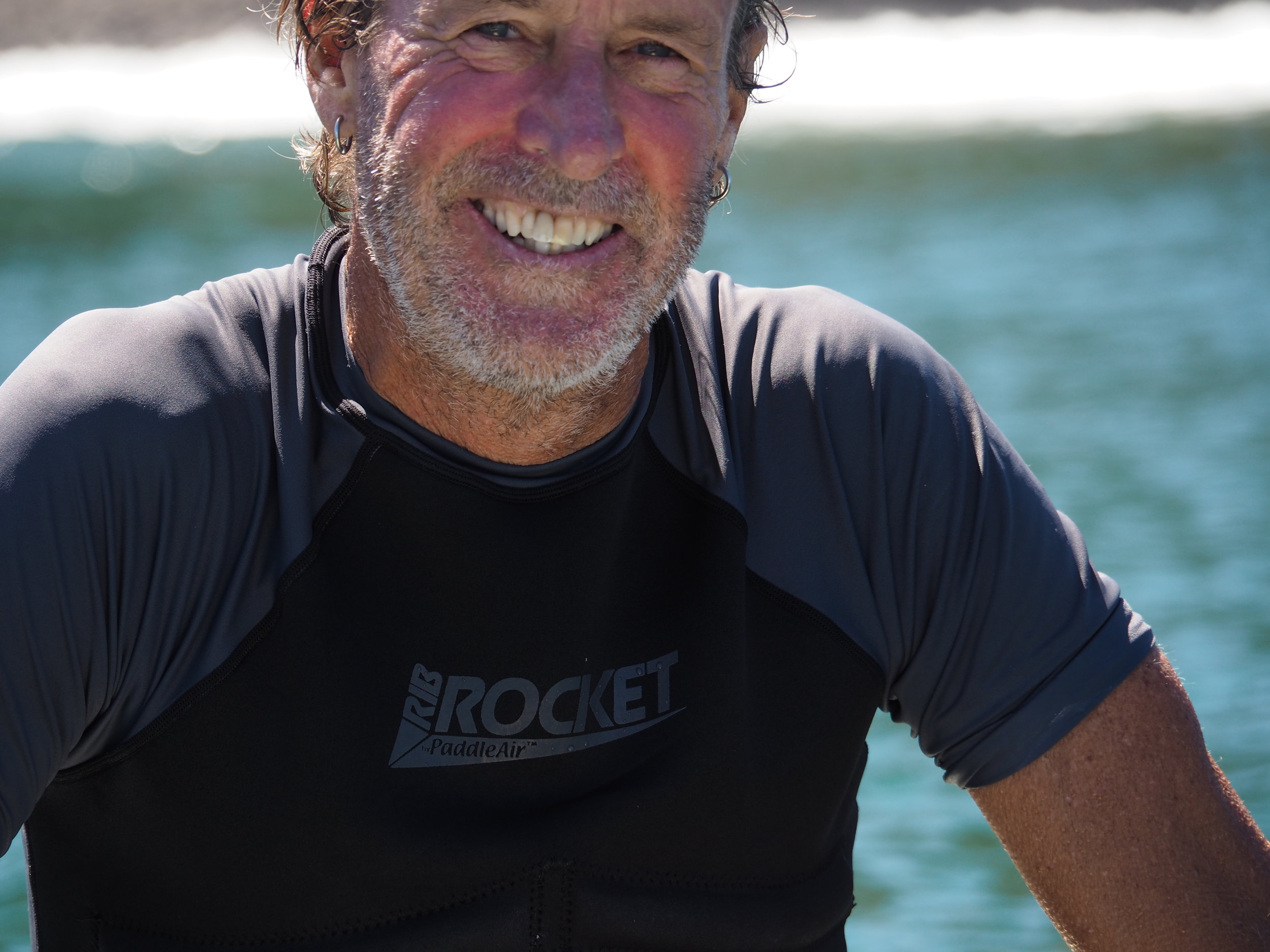 These particular breaks would have kicked my novice surfer butt. (You’ve gotta know how to fall like a pancake instead of a stone if you’re going to surf a reef break and keep your teeth.) So I made the most of the flat days on the SUP. And while I don’t look nearly as heroic as Colin, it was definitely a great workout! And the joy of gliding past rays and fish who barely notice you is pretty unreal. 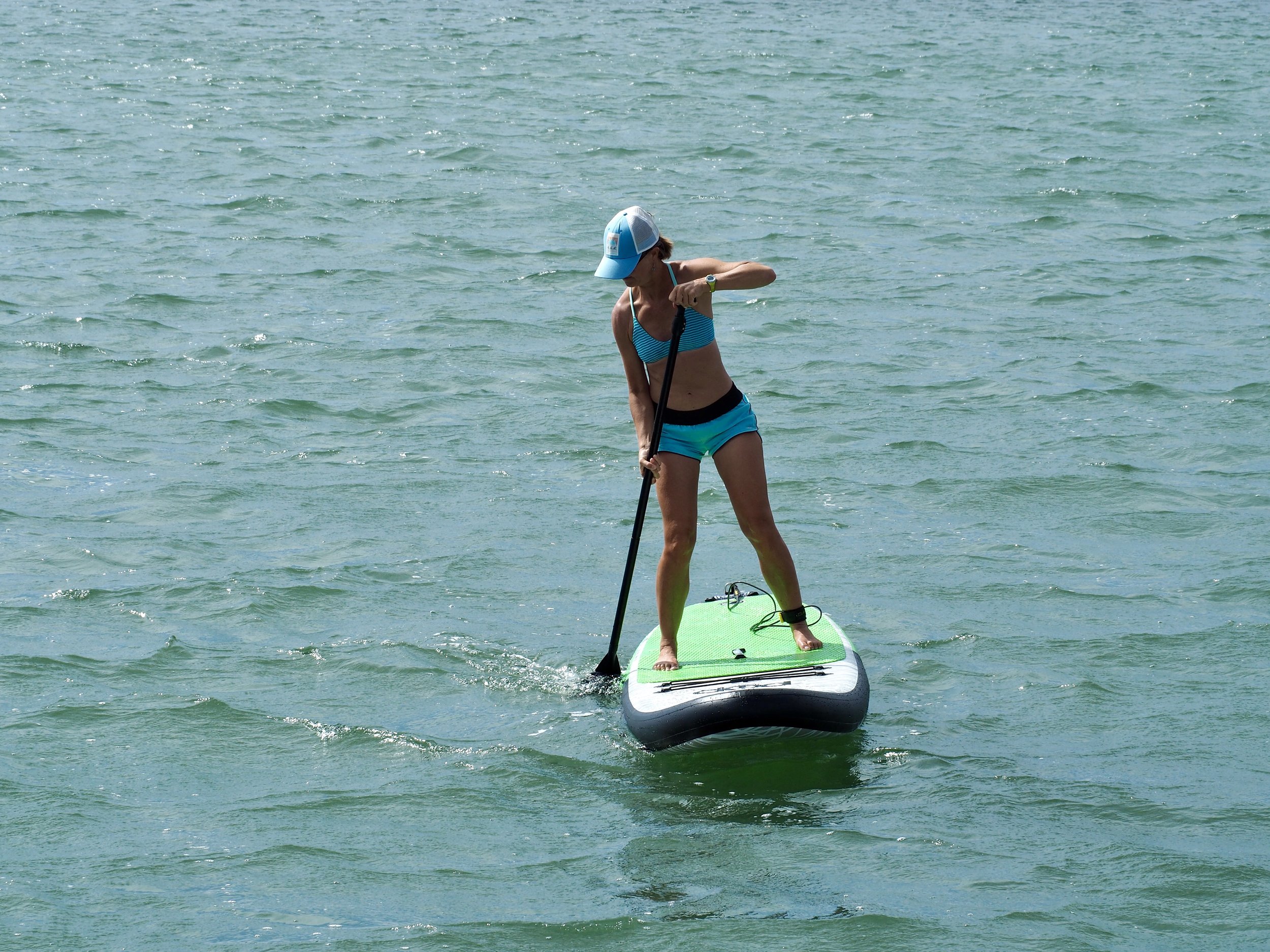 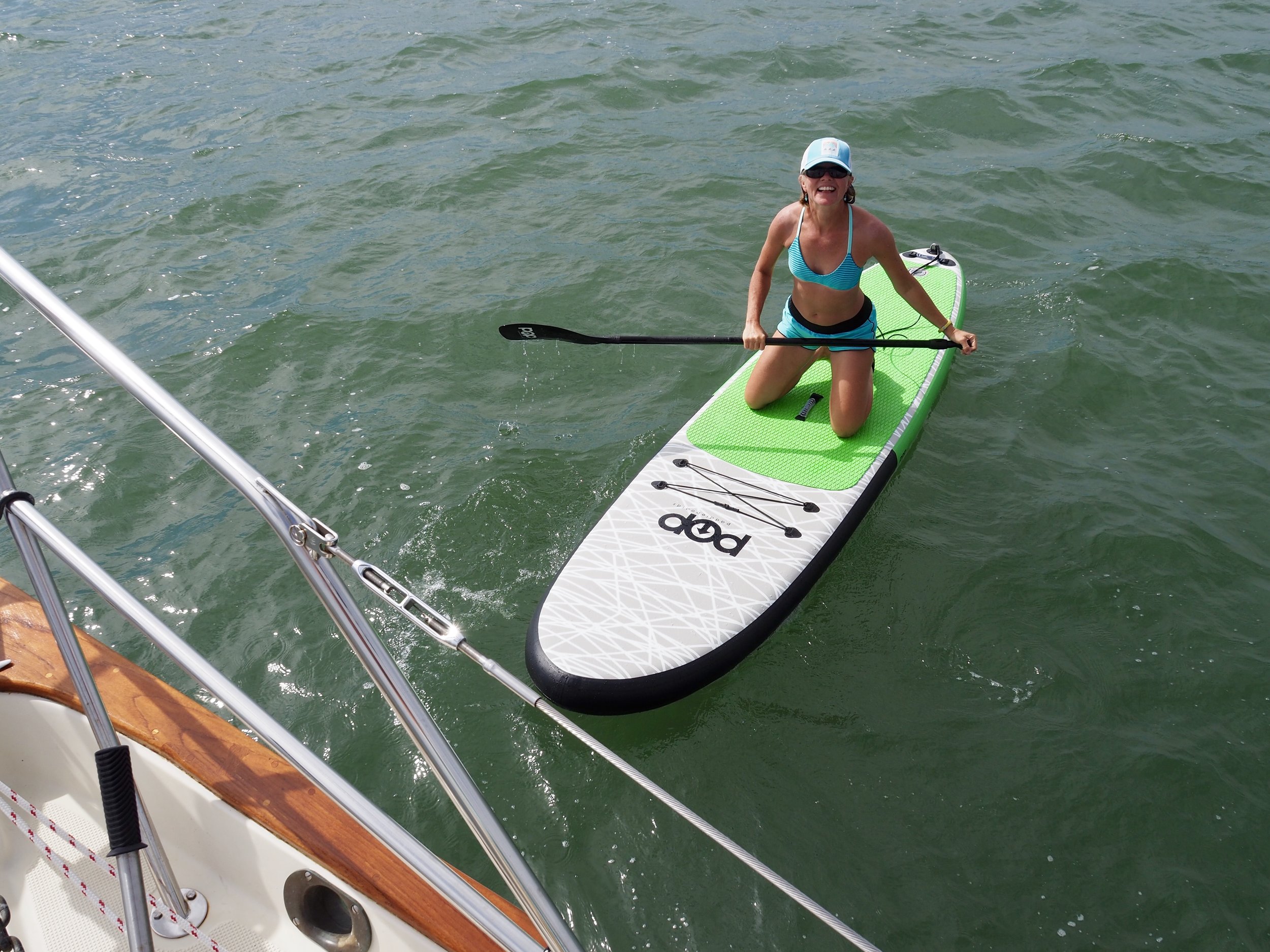 If you belong to a school of tiny little fish looking for a meal, the algae that grows on a sailboat’s hull—despite frequent cleanings—is quite tasty. The hull itself also protects from predator sneak attacks. So in any bay we come to, within a couple hours of dropping the hook, Pristine has attracted a school of tiny fish. A few more hours and the bigger fish have found the smaller fish. A few more, and the pelicans have found the bigger fish and start diving inches away. Within 24 hours, Pristine has literally drawn an entire aquarium around her, giving us the opportunity to watch all creatures great and small as we kick back with a beer in the cockpit. We even get the occasional humpback concerto echoing through the hull.

This temporary ecosystem proves so popular that when the time comes for Pristine to leave, her aquarium tries to follow as long as they can. It breaks our hearts watching them try to keep up as we reach 4 and 5 knots, but eventually most of them give up and the process starts over at the next anchorage.

Mostly, it is a symbiotic relationship but of course, there are a few misunderstandings that arise from this aquatic cultural mash up.

Recently, Colin thought we might be losing the rudder bearing and asked me to steer while he anxiously peered over the side. I too felt the strange pressure and erratic wobble. Then Colin started laughing. We traded places so I could see the massive crevalle jack chasing us down and attacking the rudder. Was he going after a smaller fish we couldn’t see or just having a bad day and needed to take it out on something? We’ll never know, but as soon as he stopped treating our rudder like a heavy bag, our steering returned to normal.

Then there was the day we went to clean the raw water strainer and found a half dozen live pilot fish in there. How long they’d been in there is anyone’s guess, but somehow we were able to return them safely to the sea. Oh, the stories they must have told. 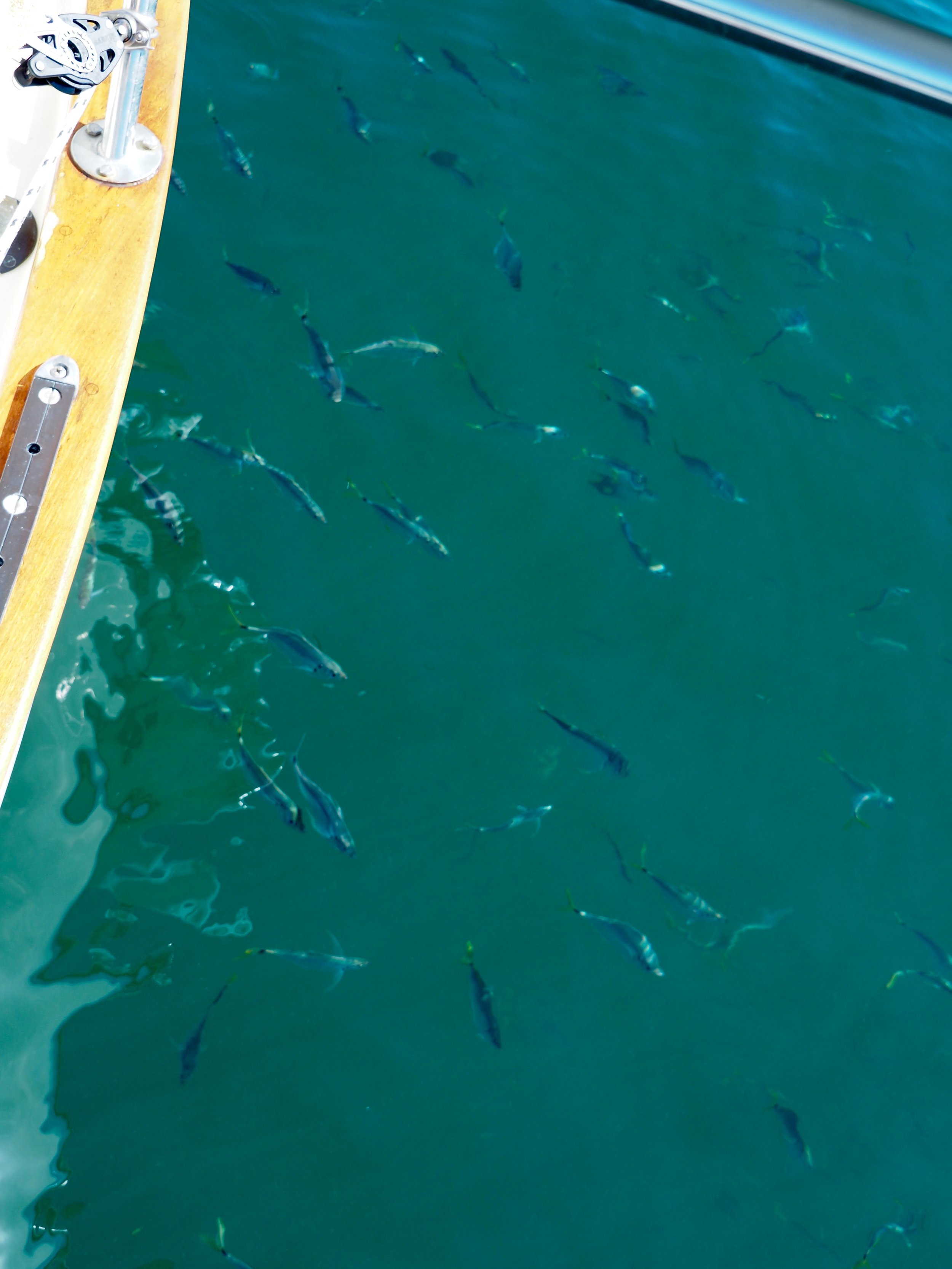 The view pretty much anytime, day or night 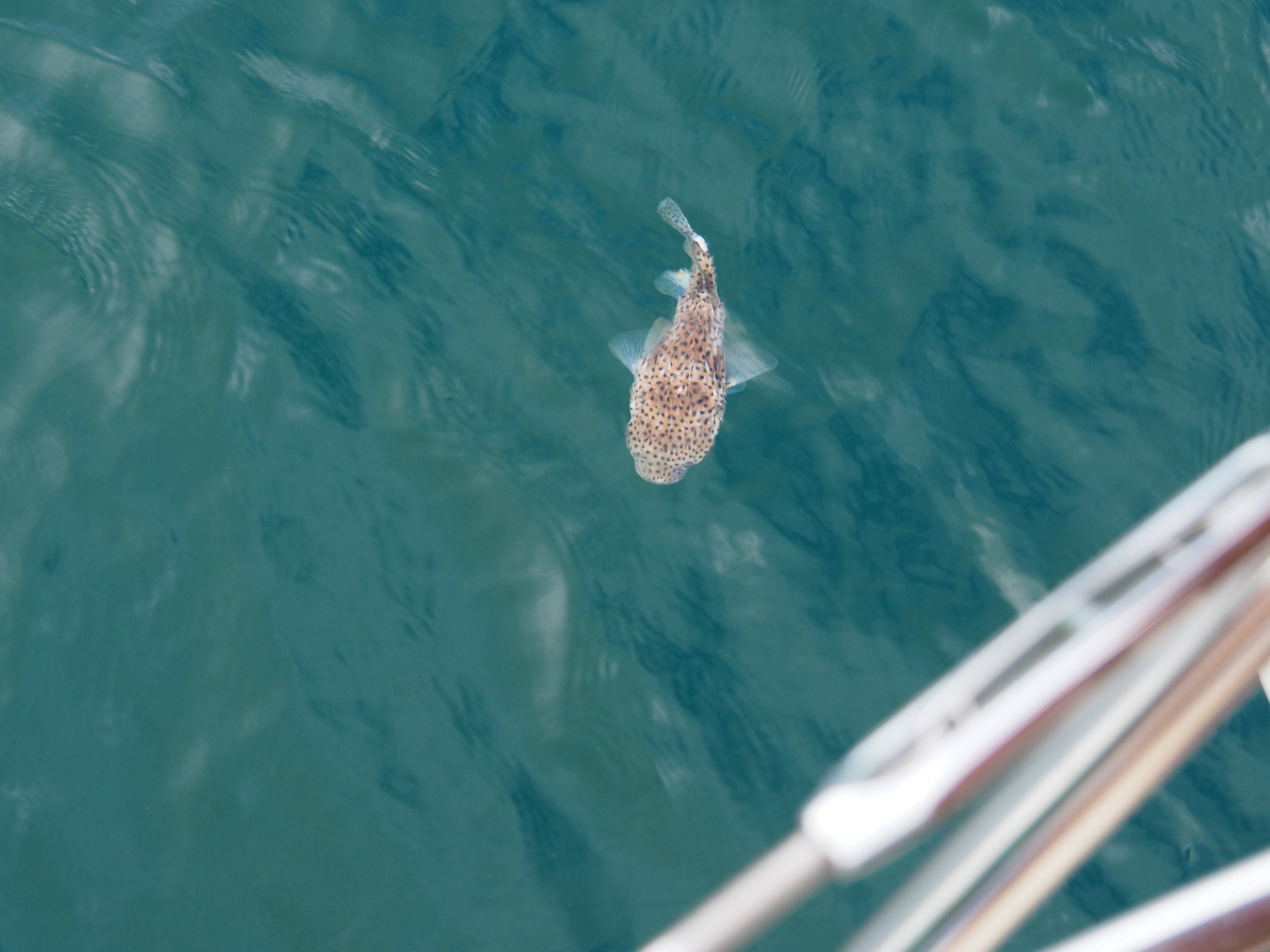 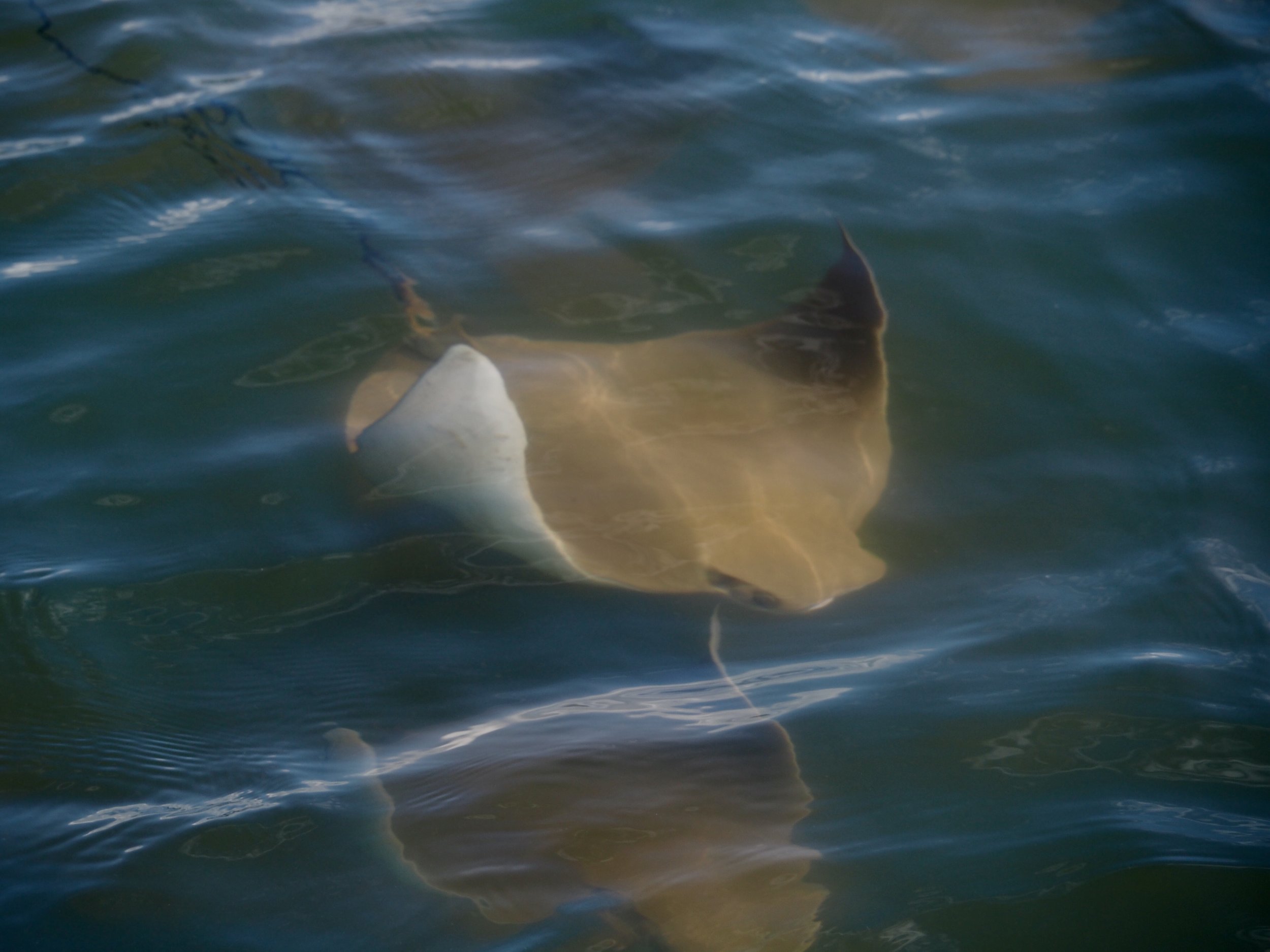 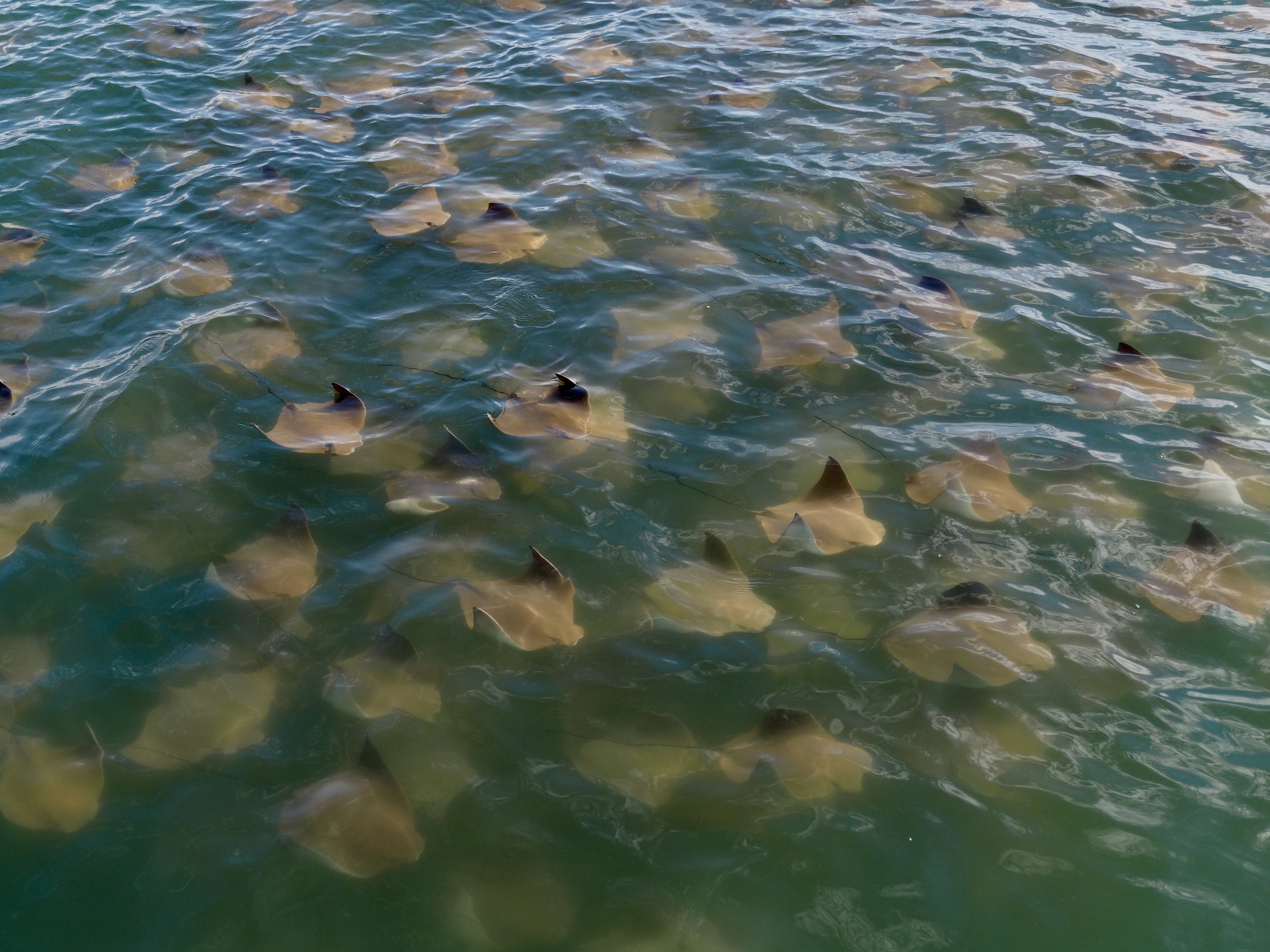 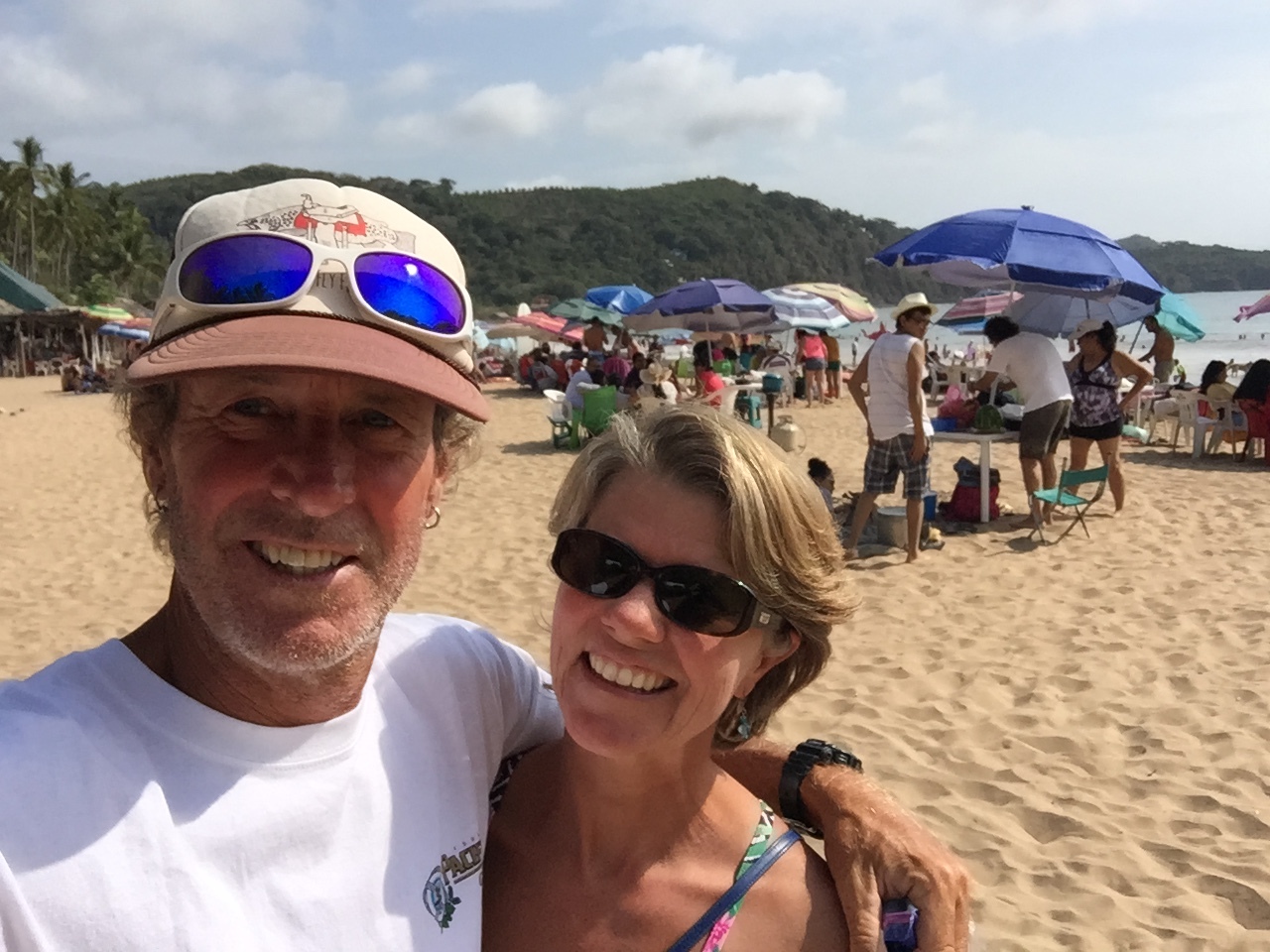 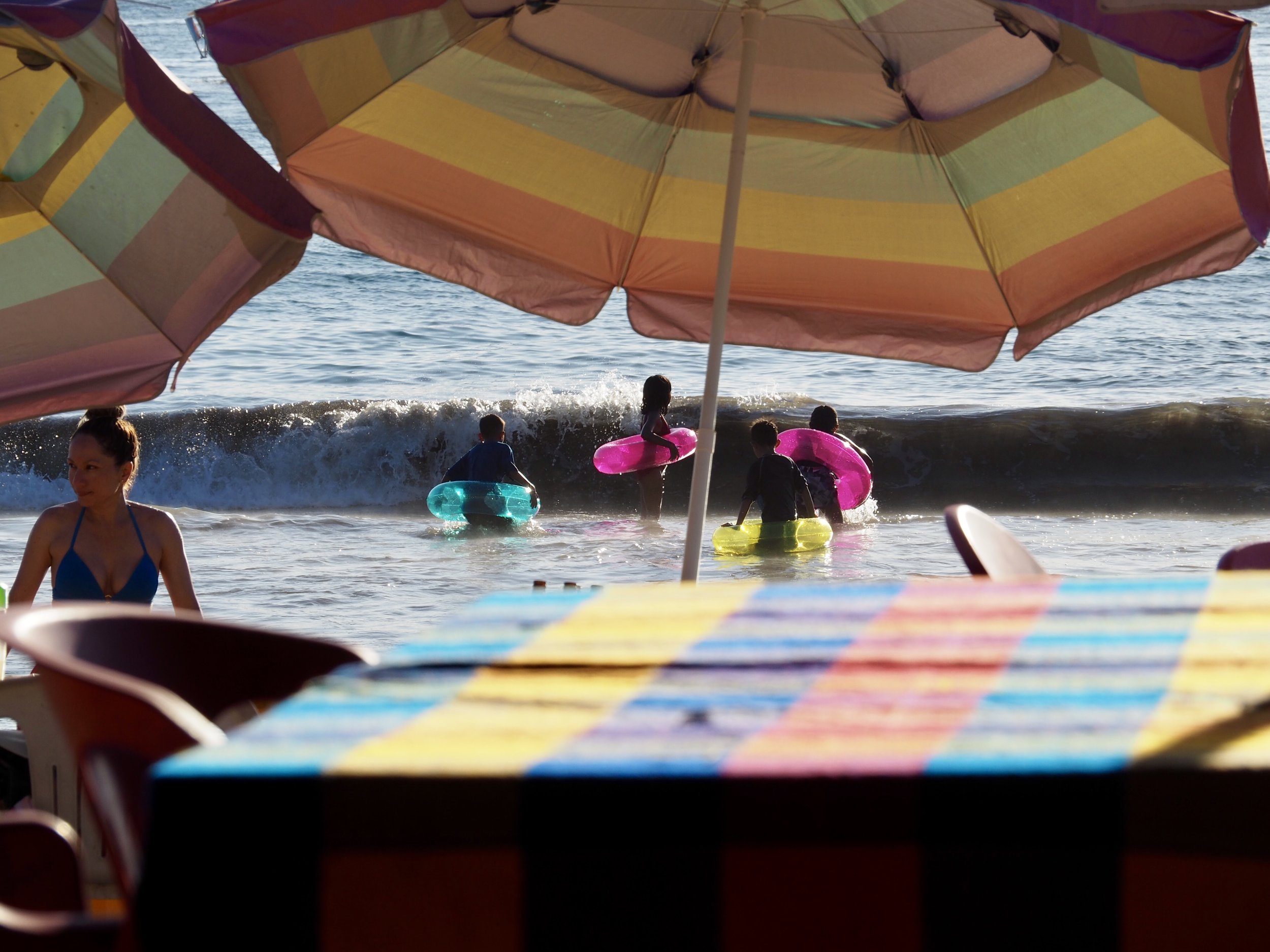 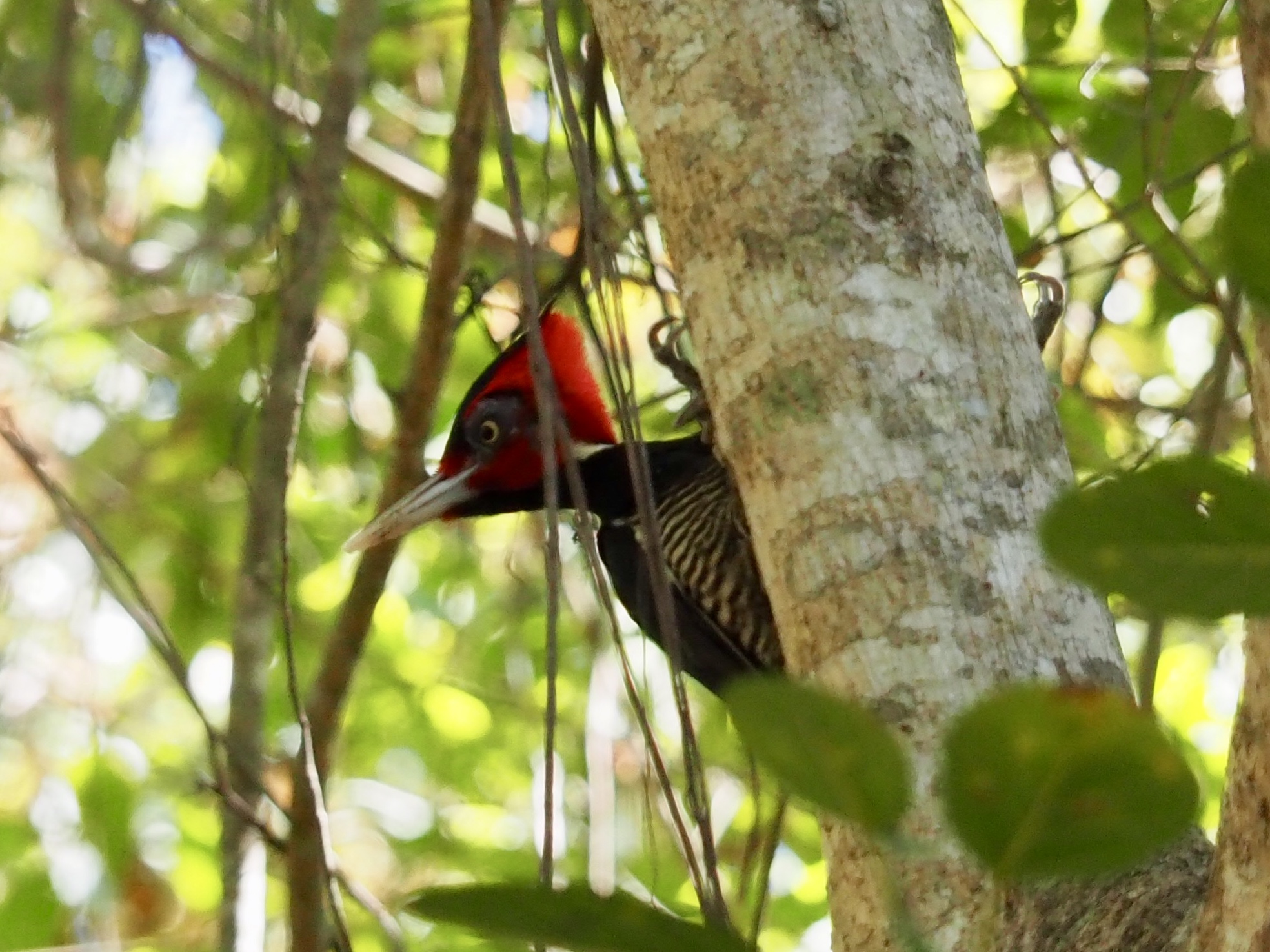 The Possibility of a Puddle Jump

For me, one of the best outcomes of this off-piste adventure to the mainland was seeing our potential future in La Cruz bay—namely the dozens of boats getting ready to cross the Pacific in what is irreverently known as the Puddle Jump.

Why does this matter?

It’s funny, but when you’re ensconced in the regular world, say the Bay Area, it’s so easy to think you’re alone in doing something so crazy as sailing away to Mexico. You maybe know a couple people at most who’ve done this. Probably it was years ago. Even with your stuff sold, your boat geared, and your docklines cast off, it can still feel very surreal—like a YouTube video you’re watching rather than a life you’re actually living.

Then you get to La Paz and there are hundreds of people cruising in Mexico and you feel like this is the most natural thing in the world—in Mexico. But the idea of, say, crossing oceans still belongs to the realm of fantasy. You’re back to knowing one or two people who’ve ever done it in the past, maybe a couple more who are planning to do it in the future. You wonder if regular people like you actually do this, or only those few super humans who wrote/blogged/filmed the adventure.

Then you get to the mainland at La Cruz and are suddenly surrounded by dozens of boats waiting to cross the largest ocean in the world. You anchor in their midst. Some boats are bigger than yours, some are smaller. Some sailors have more experience, some have less. What’s consistent is that every single one of them is entirely real. You realize one doesn’t have to be superhuman to step up the adventure game big time. Like anything else that feels overwhelming at first, becoming a puddle jumper is really just a collection of small steps.

Colin and I may or may not choose to join next year’s group, but having spent a week amid this year’s jumpers, it feels that much more within the realm of possibility. 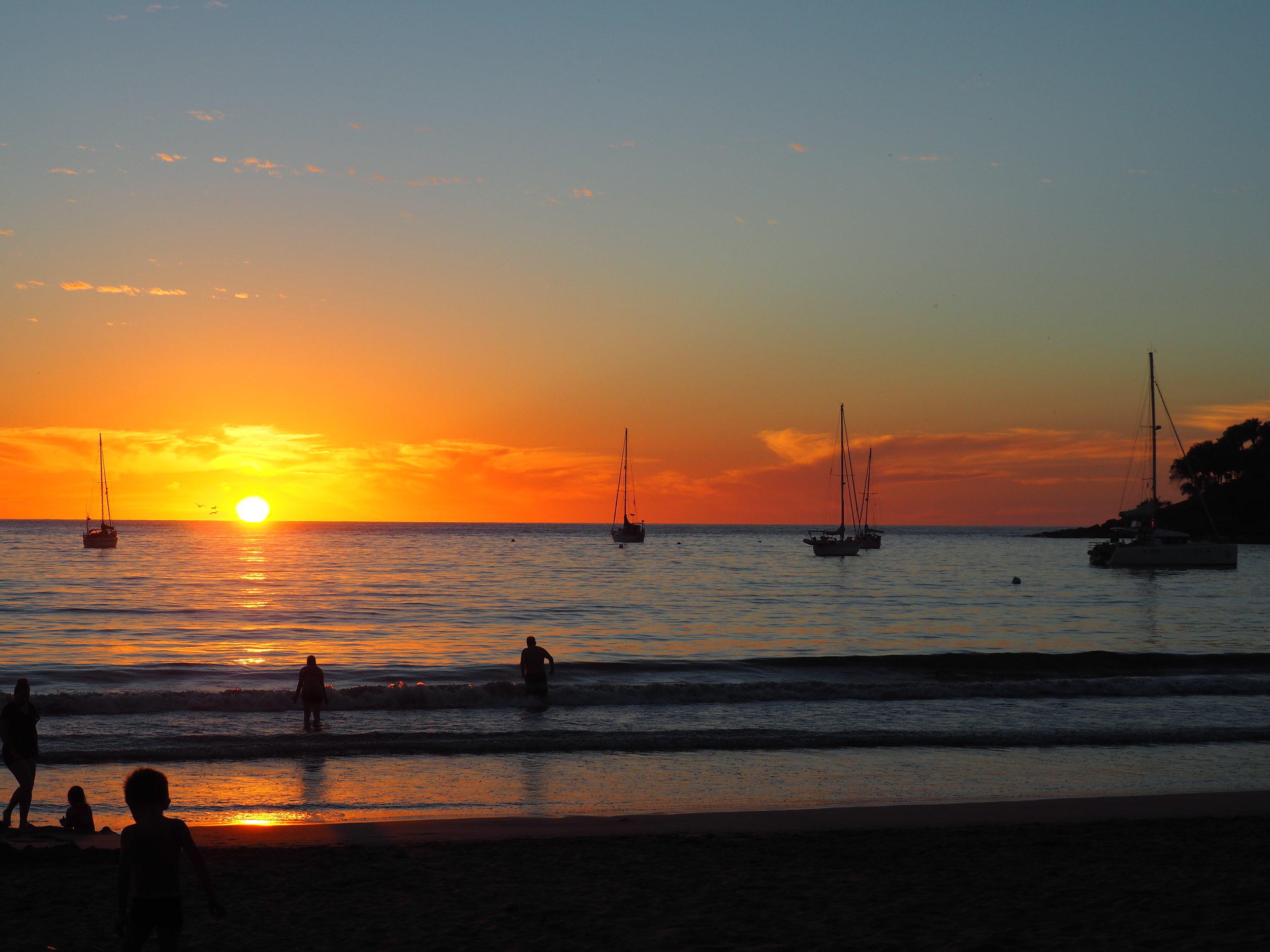 Who knows what the future will bring, but the present couldn’t be more wonderful.

We’re anchored in Chacala, trying to pry ourselves away from this gorgeous spot to work our way back across the Sea of Cortez to the Baja side and then north for the summer.

For all the miles Colin and I may have racked up at sea in the last year, Colin’s son Aidan eclipsed us by a couple of ocean’s worth, crossing the Pacific twice on a 120 foot oceangoing tug. With no more freeboard than Pristine and conditions that included 40 knot winds and 20-foot waves, he already has more adventure stories than we do. And all that under his belt before he turns 21. Wow, right?? He’s got a few months more of his merchant mariner program, then we’ll spend the rest of our sailing days trying to catch up with his wake.

We’d also like to thank the Ambassador of Chacala, John of SV Summer for all his generosity and friendship.

And big thanks to Erik Forstreuter of the EBRPD for connecting us with awesome family and food in La Cruz. :)